What Are CBD Gummies?

CBD is derived from the hemp plant, making it federally legal in the U.S., provided it contains less than 0.3% THC. As such, new CBD products have been popping up in the market, with CBD gummies being a fan-favorite.

No matter if you are new to CBD or a daily user, CBD infused gummies are one of the best, safest, and most fun ways of getting your daily dose. Coming in fruit-flavored pre-dosed shapes, you take them anywhere you go, making them discreet, travel-friendly, and convenient to use.

CBD comes with a variety of benefits, and including it in gummies allows users to get those benefits wherever they are. CBD is known to provide anti-anxiety, anti-seizure, and anti-inflammatory properties, among others. As a result, a multitude of people depend on it to help them live their daily lives in peace and pain-free. 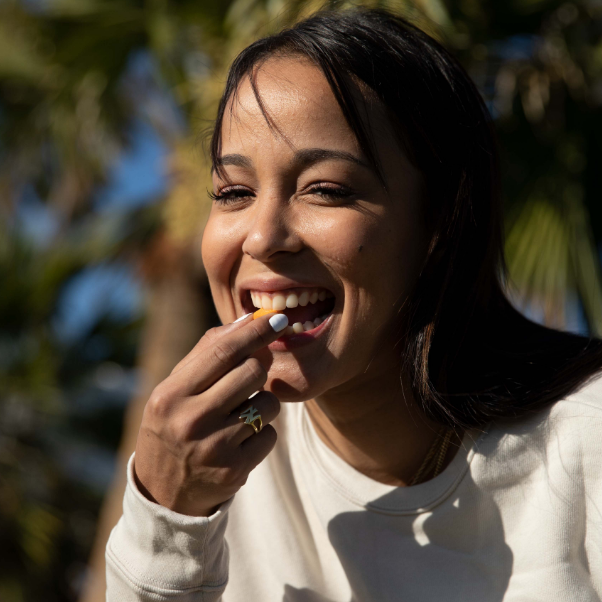 Full-spectrum CBD gummies have a variety of components present in the hemp plant, including THC. This form is thought to be more potent and able to provide an overall better experience because it produces “the entourage effect”, which is when all of these compounds interact and work together.

On the other hand, we have broad-spectrum CBD, which again, contains a number of compounds found in the hemp plant. The only difference is broad-spectrum CBD does not have any THC present. As a result, it does not cause the entourage effect; however, the effects provided are still more than those of CBD isolate, which is just pure CBD with no other compounds.

We use broad-spectrum CBD in most of our CBD infused gummies, except for the watermelon-flavored full-spectrum variant. As a result, you have the option to get a little bit of THC (less than 0.3%), or you can go THC-free with our other varieties. This puts you, the customer, in charge of what you get out of our potent CBD infused gummies. 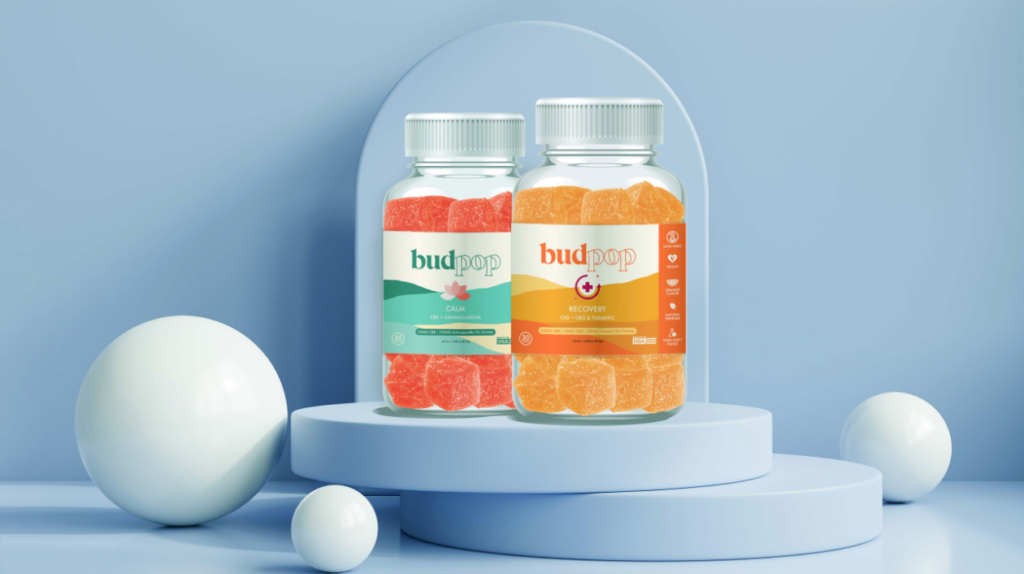 How to Calculate an Accurate CBD Dosage?

At BudPop, we like to make things simple for our customers. That is why our CBD gummies come pre-portioned in measured doses. Calculating an accurate CBD dosage for yourself, however, depends on a number of factors. These include your metabolism, weight, tolerance to CBD, frequency with which you take it, etc. But despite this, generally, you can follow the brand or manufacturer’s recommendations on dosing.

For example, we recommend taking one to two CBD infused gummies every six hours or as needed. Since it is impossible to overdose on CBD, you generally do not need to worry about taking too much. But still, you should always be careful and try to stay within the recommended guidelines. If you do happen to take too much, you may experience some unpleasant side effects, such as dry mouth and red eyes. However, you can mitigate this by listening to your body and only taking a dose you are comfortable with.

Despite these general recommendations, you may still find the results of taking CBD gummies lacking. For example, if you are using CBD to combat pain, you may find you need to take a higher than recommended dose. Also, if you are a beginner, make sure to start slow and take even half of a CBD gummy to start until you build your tolerance. In the end, if you have any concerns, questions, or issues, it is always a good idea to consult your doctor, especially if you have any underlying medical conditions or are on any medication. This way, they can accurately advise you on the proper dose for your specific needs.

First, we have our CBD + CBG & Turmeric CBD Gummies, which are formulated to promote recovery and provide relief from pain and discomfort. Along with the 25mg of CBD, we also included 10mg of CBG and 100mg of turmeric, which is known for its anti-inflammatory properties. It also includes black pepper extract, which boosts the absorption of the other ingredients by our bodies. This makes these CBD gummies effective at what they were intended to do, and these claims are even backed by a number of user reviews. Moreover, these CBD gummies for pain are orange-flavored, making them a delicious treat that is perfect to take the morning after a strenuous workout. 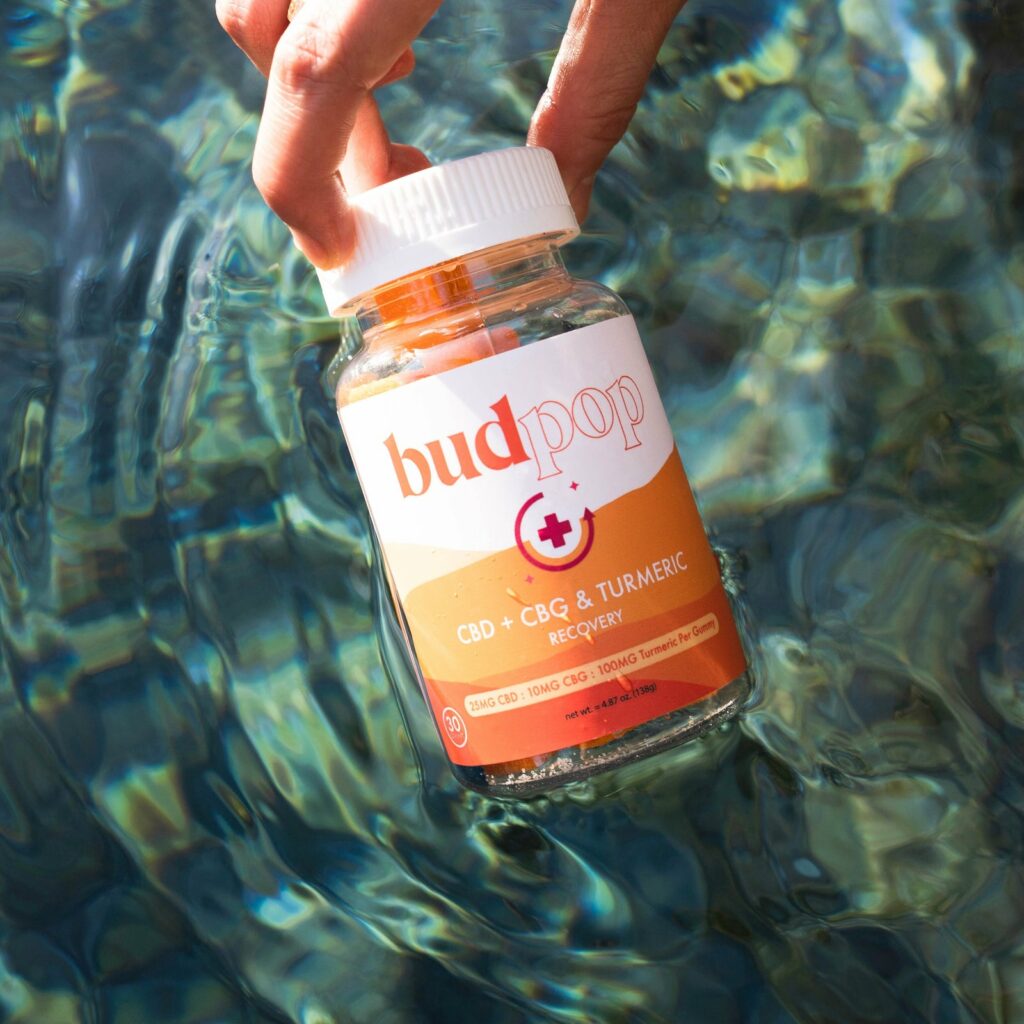 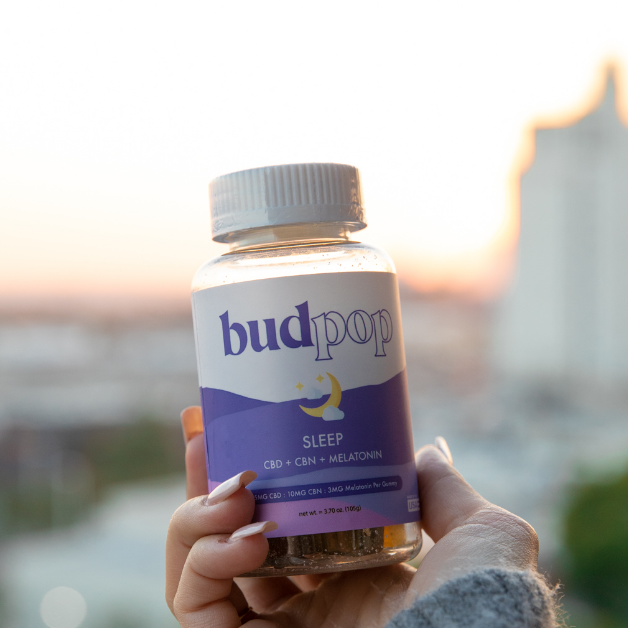 Our second option is our CBD + CBN Sleep Gummies, which, as you may have guessed, are intended to promote sound rest and an overall good night’s sleep. With the addition of 10mg of CBN, you get its well-known sleep benefits packed in with CBD to achieve even more beneficial effects. We also added 3mg of melatonin to the gummies, which comes with its own sleep-promoting properties. Coming in blueberry-flavored, cube-shaped gummies, use one of these as a tasty treat 30-45 minutes before bed to help you drift off into a peaceful slumber and wake up feeling refreshed, energized, and ready for the day. Users have reported that these CBD sleep gummies have worked better than any other they had tried, so you can be sure they are effective and safe to use.

Next, we have our CBD + Ashwagandha Gummies, which are meant to reduce anxiety and promote calm. Each mixed berry-flavored CBD gummy comes with 25mg CBD and 150mg of ashwagandha, which is a medicinal herb known for relieving anxiety and managing stress. When combined, these compounds work together not only to induce a sense of calm, but also to provide energy and enhance focus. With a shelf-life of 12 months, you can use these gummies as often or as little as you want without the fear of them losing potency or going bad. Just store them in a cool, dry place away from light. As an alternative, you can even keep them in the refrigerator to ensure their lifespan. Users have great things to say about our CBD + Ashwagandha Gummies, as they have reported complete body relaxation and calming effects on the mind. 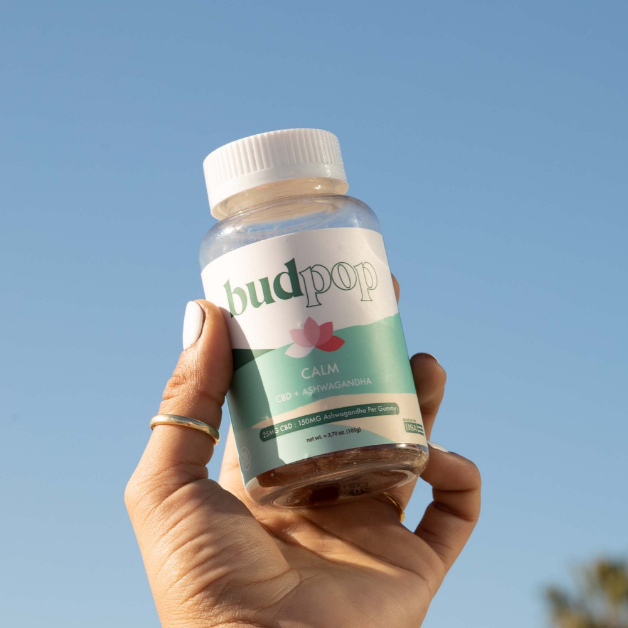 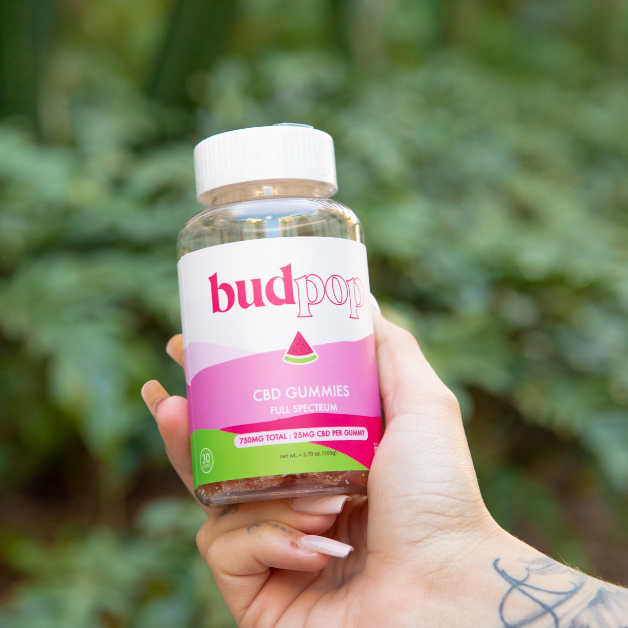 Our last option is our Full Spectrum CBD Gummies, which has 750mg of full-spectrum CBD per bottle. As we mentioned, all of our other CBD gummies come in broad-spectrum form, making this option stand out from the rest. Although you do not get the benefits of other compounds, as you do with our other variants, you will get a heightened experience. This is due to the fact they contain full-spectrum CBD, so you will get what is called “the entourage effect”, making them relatively more potent and effective. As a result, you can use our Full Spectrum CBD gummy for a variety of reasons, whether it is for pain, anxiety, or anything else, for that matter. Moreover, these gummies are watermelon-flavored, so not only do you get the benefits of full-spectrum CBD, but you get them in a tasty form.

Can you take too many CBD gummies?

Since CBD is a derivative of the hemp plant, it is generally safe to use. While there are no reports of anyone ever overdosing on CBD, it is possible to experience some unpleasant effects if you happen to take too many CBD gummies. However, the effects are usually limited to a dry mouth and red eyes, so there is not much to be concerned about. But despite this, it is still important to follow the dosing instructions indicated on the label. This way, you will stay within the guidelines that are considered safe.

What is the difference between CBD gummies and THC gummies?

CBD and THC gummies differ in one major way — the amount of THC. While CBD gummies typically have little to no THC, THC gummies are obviously high in THC, making them cause psychoactive effects, or a “high”. By federal law, hemp-derived CBD gummies must not contain more than 0.3% THC, and some types, like broad-spectrum CBD and CBD isolate have no THC content at all. As a result, no matter the type of CBD, you will not experience a high when consuming CBD gummies.

What are the benefits of CBD gummies?

CBD gummies come with a variety of benefits for both the mind and body, including relief from anxiety and stress. It also has anti-inflammatory, antioxidant, and sleep promoting properties, among others. Aside from the health advantages CBD provides, CBD gummies, in particular, come with their own benefits. For example, these gummies come in pre-measured doses, making calculating how much you should take easy and convenient. They are also very travel-friendly, so you can take them in a discreet manner wherever you are. Our CBD gummies at BudPop come with even more advantages due to the addition of other ingredients such as medicinal herbs and other minor cannabinoids, such as CBG and CBN. This boosts their effectiveness, providing an all around heightened experience for the user.

How long do the effects of CBD gummies last?

Since CBD gummies are ingested, they have to pass through the digestive system before being absorbed into the bloodstream. As a result, the effects usually take about an hour to kick in, depending on a number of factors. This is in opposition to other forms of CBD such as tinctures, which are absorbed directly under the tongue, or smoking flowers and vaping carts, where the CBD is absorbed quickly by the lungs. While these options produce effects almost immediately, they tend to be short-lived. On the other hand, while CBD gummies take longer to kick in, you can expect the effects to last longer, up to six or eight hours.